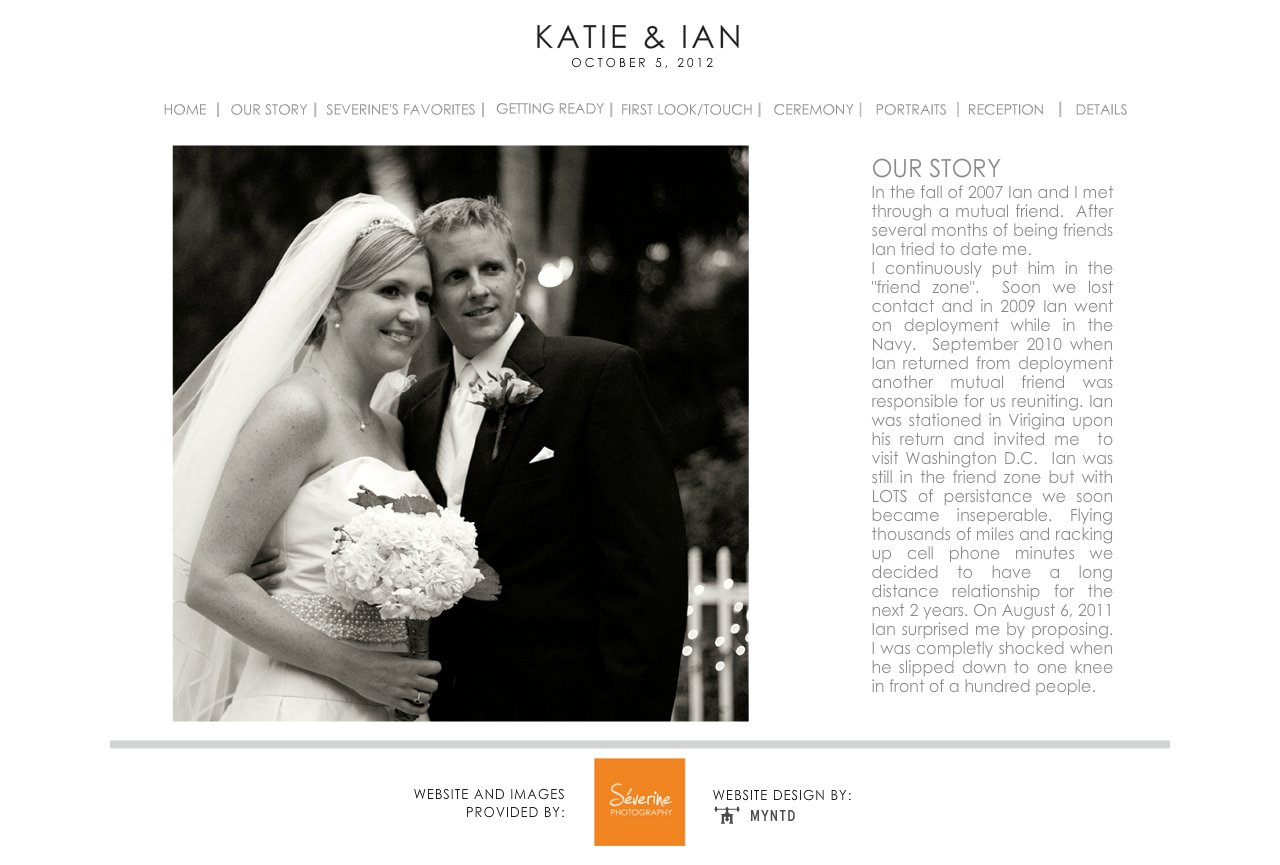 OUR STORY
In the fall of 2007 Ian and I met through a mutual friend. After several months of being friends Ian tried to date me.
I continuously put him in the "friend zone". Soon we lost contact and in 2009 Ian went on deployment while in the Navy. September 2010 when Ian returned from deployment another mutual friend was responsible for us reuniting. Ian was stationed in Virigina upon his return and invited me to visit Washington D.C. Ian was still in the friend zone but with LOTS of persistance we soon became inseperable. Flying thousands of miles and racking up cell phone minutes we decided to have a long distance relationship for the next 2 years. On August 6, 2011 Ian surprised me by proposing. I was completly shocked when he slipped down to one knee in front of a hundred people.